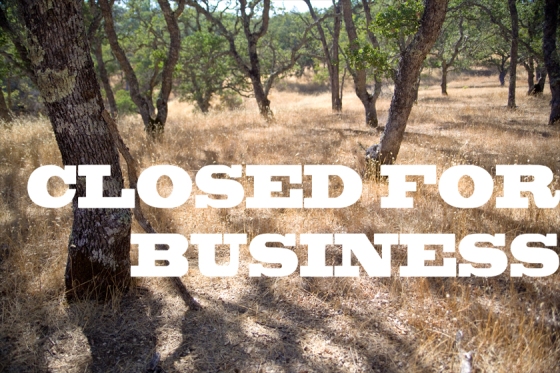 There you have it.  California has officially closed nature.  The Governor, Jerry Brown, has signed AB95 into law which asks that $11 million (2011/12) and $22 million (2012/13) dollars be excised from the State Parks budget in order to meet our greater state need to balance its weighty books.  The parks in the Bay Area that will close include Henry Coe (pictured above), Castle Rock, and China Camp.  These parks will be closed to the public for at least two years – and I say “at least” because it may be much longer.  Here’s a State Parks Foundation map of all statewide closures.

Here are 3 reasons why this is utterly stupid. (and yes, I did say stupid)

1. State Parks is actually a fiscally solvent arm of government.  Unlike the Post Office, State Parks charges money and returns a budget surplus.  By reducing our park usage and turning people off of this phenomenal resources, those numbers may very well change.  In fact, as we can all imagine, money “earned” by State Parks is returned to the General Fund and may be used to pay for things like the Governor’s car, and air travel, and free breakfast at the State Capitol.

2. This is a time of recession.  These next few years are a likely time when people will find the greatest benefit from nature.  When money is tight, people tend to find activities that utilize less of it – like hiking and picnicking.  Guess where that happens.  As we reduce access to this nature outlet, we reduce interest in conserving our resources and mental health.  But let’s also not forget – physical health.  Many great “health movements and sports fixations” have arisen in times of economic depression. (see Born to Run).  We’re removing an opportunity for us to get out and play and be healthy (which in turn increases health care costs among other things).

3. This closure is a violation of the trust of many millions of people who have helped donate time and money to create this world-class park system.  The State Parks mission statement reads as follows: To provide for the health, inspiration and education of the people of California by helping to preserve the state’s extraordinary biological diversity, protecting its most valued natural and cultural resources, and creating opportunities for high-quality outdoor recreation.  Let me be (not the) first to say that you’re not meeting this mission with the closure of a solvent resource agency to then transmit money to another State need. State Parks wasn’t created to be a cash cow.  It was created to be self-sufficient.  Jerry Brown, your leadership isn’t making it any easier for future generations to believe the State Government will maintain its promises.  Why should I donate to an agency or trust that won’t even maintain open parks?

4 – The fiscal bonus round – So guess what happens when you close something and put it in the attic or garage.  It gets dusty.  It gets rusty.  It gets forgotten. So, when you re-find that gem you’ve been caching, it needs a little buffing.  In the case of machinery, infrastructure, electronics – usually there is a high cost to getting it back up and running.  There’s an additional cost there not in any budget conversation.  Additionally, and most importantly, you lose the institutional knowledge of employees.  Yes, people will be pink-slipped.  Their commitment and knowledge of place (and how to keep that place running) will be cast away, lost.  If these parks are to ever re-open, we need to retrain personnel and reconstruct a workforce.  These are all additional costs that again aren’t considered.  I call it a lose – lose.

In closing, Mr. Brown and California legislature, you’ve lost my confidence.   You’re potentially ruining a great thing by this “minor” cutback.  You’re casting institutional knowledge and dedication aside.  Sure these “other parks” slated for closure only have ~ 10% of the total visitation for the system, but it’s an important 10% being served by many of these out-of-the-way parks.  I believe that you’ve acted too quickly and naively under a veil of incomplete economic analysis.  It’s politico-economics if you ask me, a form based on bipartisan bickering and misplaced media pressure.

But I’m willing to forgive you and let you win my confidence back if you rethink this proposition soon.  Thanks. 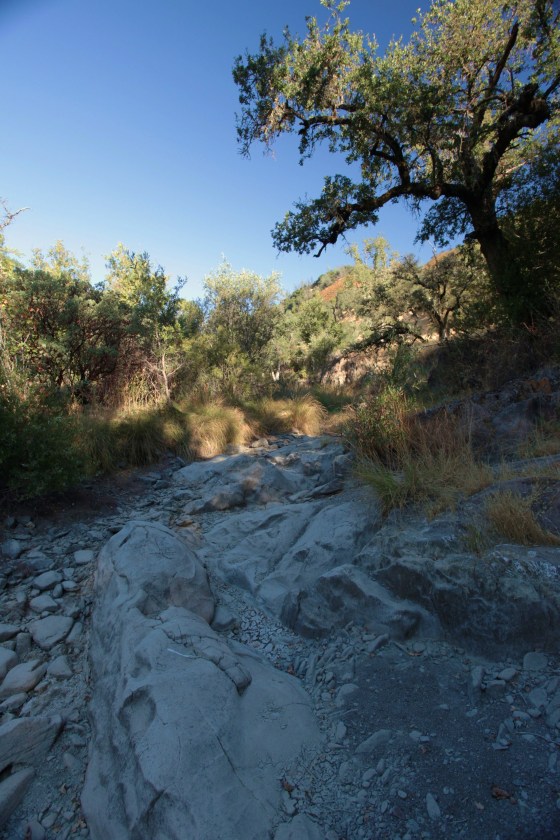 Links to Other Creative Works

Here's a list of blogs that I enjoy for instructional purposes, creativity, or just having fun.